How Animalz Built Stronger Team Connections During Onboarding with Eduflow

How Animalz Built Stronger Team Connections During Onboarding with Eduflow 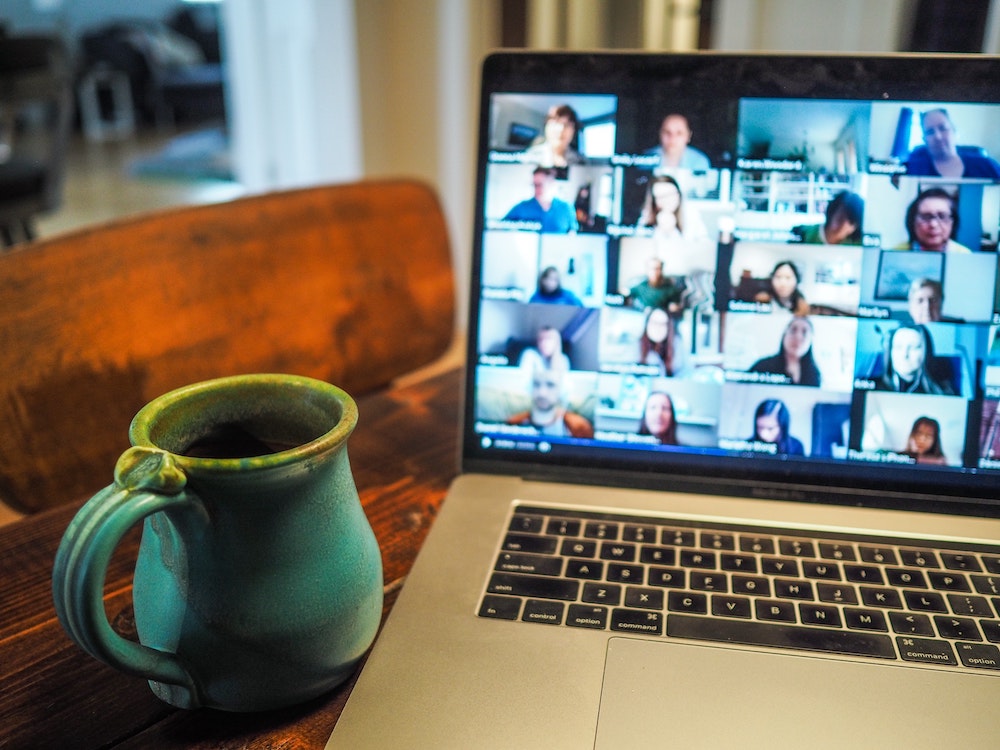 There’s a silent epidemic going on, and it’s called workplace loneliness. The rise in remote work has left sixty-one percent of the workforce craving human interaction with colleagues. A report by the Miami Herald found that sixty-three percent of survey respondents said they felt like the cons of remote work outweigh the pros, with lack of connection to their team being the 2nd biggest con (after workload). And the emotional connections we do have with colleagues are getting weaker, strained by the Great Resignation.

Workplace learning too has gotten more lonely lately. Eduflow’s survey on the State of Collaborative Learning found that only 17% of remote companies hold collaborative learning activities at least once a month.

This isn’t a pandemic-thing; back in 2003, researchers already identified remote workers as significantly higher risk for mental health problems associated with loneliness. Unless it’s handled right, working remotely can be seriously bad for our health.

Workplace Connection is a Team Sport

Content marketing agency Animalz has been remote since 2017, way before the pandemic. The 112-person company has team members in 15 countries, from the Philippines to Canada. Despite the air-miles between most colleagues, Animalz prides itself on having a unified team which looks out for each other.

“In engagement survey after engagement survey, employees cite their teammates as being their favorite part of working at Animalz,” says VP of People Development Cassie Naji. “We have a really bonded team, and we work hard to help the team maintain those emotional connections.”

But while tenured team members have strong bonds with their colleagues, Cassie and the rest of the Animalz’ People Operations team felt one part of the employee experience was lacking in emotional connection: new hire onboarding.

“Our new hire onboarding was comprehensive,” explains Cassie, “but it didn’t really reflect the importance of collaboration to the Animalz experience. We often say ‘content is a team sport’, but our onboarding didn’t reflect that. It was just a bunch of static links saved in our HRIS. Onboarders just had to sit and read through those links; even though we had a buddy system and live workshops, the first month was really bereft of social learning and interaction.”

And that wasn’t the only problem with the static onboarding. Tracking engagement and completion was also impossible. “Our managers had no idea whether their new hires had completed onboarding, and didn’t have any data on where the new hire might benefit from coaching.”

Finally, normal new hire anxieties were exacerbated by the isolating experience. “Onboarding in a vacuum meant that new hires got paranoid about their performance. There was a tendency to think ‘everyone is doing better than me, everyone knows something I don’t’. We wanted to show new hires that everyone has the same questions and struggles, and that that’s ok.”

Animalz needed an onboarding tool that was social, engaging, and reflected the company’s core values of teamwork and curiosity.

Social Onboarding From Soup to Nuts

Animalz had always tried to include a social aspect in its onboarding. The company had three established programs set up to help new hires meet their new colleagues:

But in 2021, when the company was hiring 10+ people a month, these programs did not scale. “We were starting to miss people off our workshops by mistake,” says Cassie. “Rather than reducing isolation, we ended up increasing it by forgetting about people, or holding meetings at times they couldn't attend. These people didn’t feel seen by the company.”

So Cassie asked People Ops Associate Paige Picard to solve the problem. Paige moved onboarding away from the HRIS with its static links, and into Eduflow.

“I wanted to create a more personalized experience for new hires,” says Paige. “Our previous onboarding tool allowed us to link out to our existing knowledge base but often this information’s target audience was more broad, encompassing the entire company or including more tenured employees. With Eduflow I was able to customize each Activity to be for each specific learner’s role.”

For Paige, the priority was to create a great user experience first and foremost:

“I wanted users to be able to access information in different ways depending on the activity’s content. I don’t believe folks retain more information on the job when it's not entirely composed of text. They need engaging learning experiences like video, infographics, and interactive tasks to break up the barrage of information they get during onboarding.”

“I got to meet the leadership team and various team members through video introductions and training modules on Eduflow, so I went into 1:1 meetings with a fair idea of their role and what to expect from that session. Also, I know whom to approach in case I have questions or feedback. I wouldn't have met so many folks in a short while via a traditional onboarding process.”

The Animalz onboarding process felt extremely personalized. The detailed instructions, information and videos felt so normal and conversational that it was easy to take it all in. There were notes and comments along the way making it super clear that there is always room for grace in the early learning stages and that it's a team effort. Despite wanting to get it all right immediately, I have also known that no one expects that and everyone is here to help.

When you start a new job, it’s easy to feel like the only noob in the world. It feels like everyone else knows where to go, what to do, and how to do their jobs.

That feeling of loneliness can get exacerbated in a remote onboarding environment, points out Cassie. “You don’t see fellow new hires struggling, asking questions, or getting confused. You just see yourself struggling, and everyone else apparently having a good time on Slack. That can lead to dark thoughts about your own self-worth and aptitude for the job.”

Cassie and Paige decided to engineer moments of connection between new hires to counteract this anxiety. Their hypothesis was that seeing other people’s work during onboarding provides a benchmark for acceptable performance and behaviour, and that benchmark is usually more attainable than the perfectionist benchmark in new hires’ heads.

To create those moments, they used Eduflow’s submission and peer feedback features. In week two of Animalz content manager onboarding, new hires are asked to evaluate whether they could write an article from the brief provided; the catch is that the briefs aren’t perfect (just like real life), and the new hire has to identify where the brief could be stronger. This introduces the new hire to a behaviour Animalz wants to encourage—critical thinking around ideas.

Once they’ve submitted their opinion on the briefs, the new hires have to review and react to fellow onboarders’ responses to the same exercise. They’re asked to identify something their new team member did well, and something they missed.

Their feedback demonstrates that seeing each other’s work is both challenging and helpful:

“What I like about the responses,” says Cassie, “is that you see people finding confidence in their own abilities, while still being generous with praise and feedback. They have this lightbulb moment where they say “‘OK, I missed something my teammate spotted, but my answer had different strengths, and that’s valid too.’”

New hire Kristi appreciated seeing fellow onboarders’ work and ideas. “Reading others' work was surprisingly eye-opening! It was a good reminder that we all bring different perspectives and have different ways of interpreting things. It made me feel better about my own confusion and proved the value of seeking others' input.”

Week three also uses a submission and peer feedback mechanism to help new hires gain confidence in a new process. This time, the new hire has to record their screen while doing weekly editorial planning. This is a process that can be confusing at first, and often people are scared to ask for help. When they watch a video of their teammate also rhetorical questions and doing things wrong, they realise they’re not alone.

Before using Eduflow, the Animalz team had no way to track new hires’ engagement with onboarding materials. That meant:

“We were in a real pickle with reporting,” says Cassie. “Managers would ask me, ‘Has my new hire done a specific module in onboarding, because it doesn’t seem like they have?’ And I’d have to confess that I had no way to know whether the new hire had read that bit of onboarding. It was frustrating for both of us.”

Now, Paige and Cassie can not only report whether a new hire has completed a module in onboarding, but also pass along information on quiz scores and submission activities to managers.

“If someone scores lower than 70% on one of the onboarding quizzes, I reach out to their manager and recommend that they do some personalised coaching on this topic,” says Paige.

Paige also reaches out to new hires when they stall on onboarding, to check they’re ok and to encourage them to keep working through the training.

The information in Eduflow’s reporting dashboards also helps the Animalz team tweak the onboarding experience. “We’re starting to realise that a lot of people stall at about week 3, and don’t go on to week 4 of onboarding. Paige and I are thinking of different ways to deal with that: maybe it means week 3 is too intense, or maybe it means week 4 is actually superfluous. We need to try some alternatives. We would never have been able to do that before Eduflow.”

Since moving onboarding over to Eduflow, new hire productivity has jumped 5%. New hires are also hitting their stride more quickly; whereas before it used to take 4 months for new hires to become as productive as their tenured peers, it now takes 2 months. “We’re hitting our goals faster, in a way that doesn’t stress out our team,” says Cassie. “That’s good for us, and good for our customers too.”

But good onboarding is, for the Animalz team, about more than hitting targets; it’s about tackling remote work isolation. “Regular check ins are important,” points out Paige. “And when that’s not possible, videos where new hires can see a coworker’s face and hear about who they are and what they do. I think it’s also important to introduce the new hire to their immediate team members so they know who to reach out to in a pinch.”

Animalz signed up with Eduflow four months ago, and has already launched over 10 courses in the software. “The content builder is fast and easy, so we can build and launch short courses in less than a week,” explains Cassie. “We’re now building out our library to contain onboarding for specific roles, like new managers, as well as operational courses on content strategy, productivity, SEO, ideation… the full content marketing stack.”

Paige and Cassie continue to build and refine onboarding for new roles, and new needs, throughout 2022. “Whatever we build throughout the rest of the year,” says Cassie, “you can be sure it’s going to be social!” 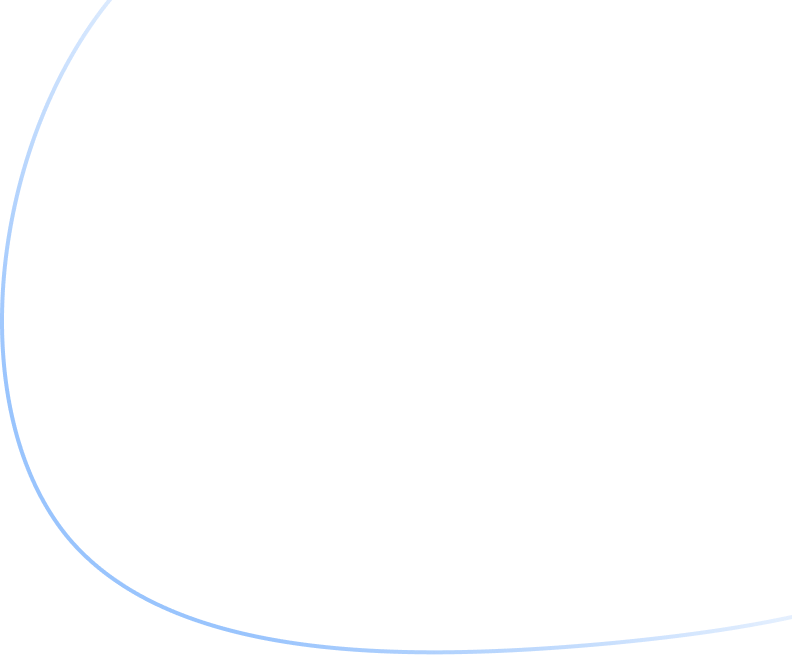